A new race is now going on in Ireland between politicians, bankers, and developers, and who ever gets to the winning post first will call themselves blameless. Blameless in the unfolding events that have the economy of the much-vaunted Celtic Tiger close to going the way of its ancient relative Iceland.

It is a well-known fact of lore that Noah’s Ark did finally come to ground atop of Na Cruacha Dubha, a mountain range in County Kerry. Shortly after, Noah took part in a most sensitive and complex act of naming the landscape which became known as Dindshenchas (1) The practice of good governance, science, building, medicine, education, farming, arts and crafts necessitated submission to the wisdom of the ancient laws, oral and written, emanating from the Placelore. 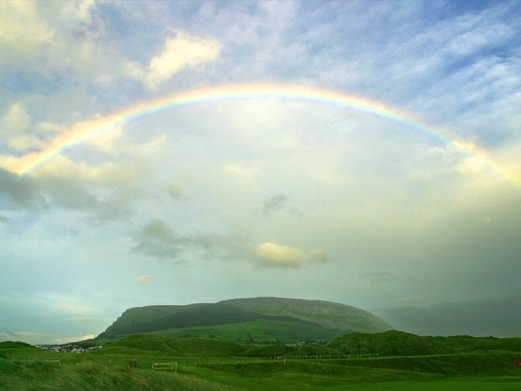 Knowing the vagaries of man, the ancients tried their best to transmit universal wisdom within ascending/descending sets of laws. Fragments of these laws became known in Celtic and later in Gaelic times as the Brehon. But things get distorted in the passing of knowledge from one to another, and from generation to generation. Over long periods of time there was decline and renewal, but overall a degeneration of man’s psychophysical integrity took place on that island and something of that has been witnessed in recent decades in what is euphemistically called ‘development’. 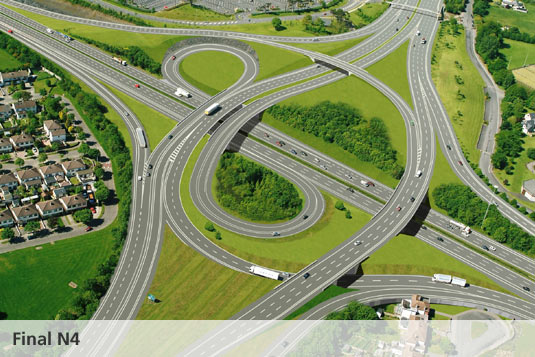 My last return to that land named now after the Goddess Eriú (2) was indeed a sad one for me. The land was polluted by industrial and agricultural waste. My wish to bathe in the ‘ever generous, bright streaming Sinann’, now called the Shannon, was forbidden because of accumulated residue from toxic chemicals in its waters. Dublin’s modern suburban congested sprawl made Los Angeles feel like paradise. Ribbon development had become rampant, villages and towns had become crammed full of new houses. Most of this was done without any in-depth structural planning, and no weight whatsoever was offered to the Dindshenchas.

Corruption in the highest political offices became the order of the day. One former Prime Minister (Taoiseach) became known as Teflon, so named for his ability to avoid damming evidence concerning financial irregularities sticking to him. The behaviour of his predecessor, Mr Charles Haughey, supported by a cortile of business-men (mostly developers) eroded the fundamentals of the State.

And so on it went: the banks doling out money to all and sundry, regardless of collateral and ability to repay; developers building houses and estates where ever they could buy a field; and politicians providing accommodating legislation. Until recently Ireland had some of the most lax legislation pertaining to housing, industrial development, city planning, and environmental protection in Western Europe. 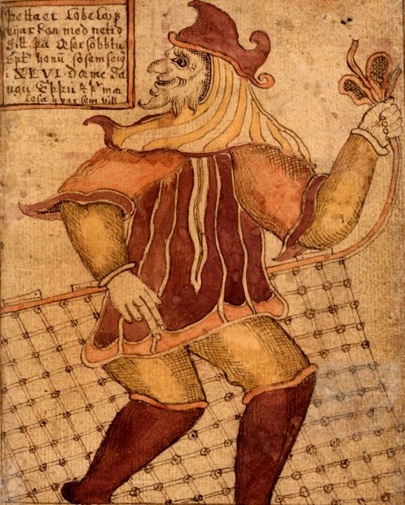 Wisdom of the Outlaw

In medieval Irish literature there exists an elemental wisdom of the Outlaw (3), the one who stood outside the laws governing the Kingdom and the Tribe. One finds evidence of this in the Cycle of the Fianna. However, this standing-outside was not a lawlessness; it was a place of preparation for the warrior so that he was enabled to embrace fearlessly – first outwardly but more importantly within himself – the Goddess Trinity of Maiden, Mother, and Hag. By so doing he became responsible and capable of fulfilling the most sacred of duties. If the Gailleach were not embraced, then she would come sooner or later and unleash destruction.

Several developers began to ape the outlaw, taking from the coffers of the tribe what they could, while avoiding by means legal and illegal what was due in return. They readily embraced the youth and fertility of wealth but not its aged responsibility. The Cailleach ‘the veiled one’ cackles stirs in her bed, what payment now will she ask?

(1) One of the finest books to read on the complexity of place names in Ireland:
Connemara: Listening to the Wind by Tim Robinson, Penguin.
For an introduction to the work of Tim Robinson visit: http://www.foldinglandscapes.com/news.htm
For a very general introduction to Dindshenchas visit:
http://en.wikipedia.org/wiki/Metrical_Dindshenchas

(3) For a helpful introduction to the outlaw in Medieval Irish Literature:
The Wisdom of the Outlaw by Joseph Falaky Nagy. Four Courts Press, Dublin