Ten kilometres south of Dieppe, is the small seaside resort of Varengeville-sur-Mer and on it’s outskirts is a large Arts and Crafts House set at the top of 12 hectares of planted park that overlooks the sea. Built at the beginning of the last century and designed by the English architect Edwin Lutyens for the Anglophile French Protestant banker, Guillaume Mallet and his family, this Lutyens designed house and garden is unusual in that it is open to the public. Built with a quality of craftsmanship that is hard to find anywhere and with formal gardens designed and planted by Gertrude Jekyll, it is an experience to savour. 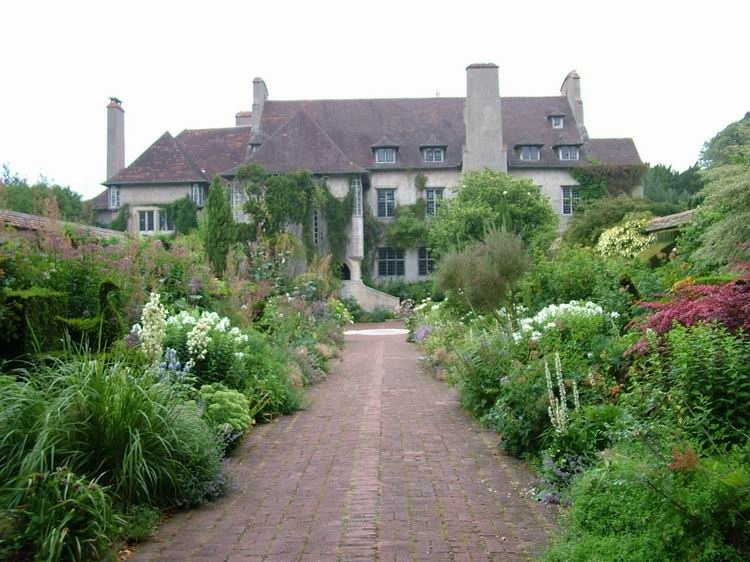 Lutyens had first met the Mallets in Paris in 1898, after he had been appointed to design the British Pavilion for the 1900 Exposition Universelle. Impressed with his work they asked him to remodel a house that they had just bought at a fashionable Normandy resort in the Arts & Crafts style of William Morris. Lutyens took the original rectangular brick house and added two wings at either end with a southern extension that contains the main staircase and front entrance. The Mallets were both Theosophists, followers of Madam Blavatsky, and had the house designed on principles of their interpretation of the Law of Seven; seven steps to the front door, seven doors leading off the main hall and seven lines radiating from the openings in the garden walls.

The house is entered from a walled garden, with a brick path leading from the road flanked by large herbaceous borders that were planted in the typical Jekyll style of mixed flowering shrubs. You approach the front door up seven steps and through an almost Romanesque arch, then a 90-degree turn to the right that places you under a wing of the house before you reach the front door. On entering the harmoniously proportioned main hall, with it’s seven oak doors and oak staircase leading to the first floor you become aware of the light and open space you are in.

To the left is the west wing containing a beautifully proportioned double storied Music Room, complete with a wooden panelled minstrels’ gallery. This room is lit by a large rippling, triangulated window of small panes of glass that almost goes from floor to ceiling, looking north towards the park and the sea. In addition a number of casement windows are fitted in the South wall filling the room with light. There is also a pair of triangular oriel windows built on to the corners of the upstairs gallery that overlook the White Garden. There is a very large stone fireplace on the West wall, discharging into a tall chimney that rises above roof level, yet it doesn’t dominate the room.

The room originally housed a Morris & Co tapestry that was designed for the house by Edward Burne-Jones, The Adoration of the Magi. This tapestry disappeared during World War II when the house was occupied by German troops, although the house still contains furniture that was commissioned by the Mallets from leading English Arts & Crafts designers such as Morris, Heal and Lethaby and fabrics from Walter Crane.

One is struck by the quality of workmanship that has gone into building this house, the moulded oak doors for example fit perfectly into their rebated door frames, and even after 100 years there is no sign of any warping in the wood. In the Music Room the visible oak joist ends are carved in a way that reflects the decoration of the ceiling and carpet. It is said that French builders constructed the house under Lutyens’s supervision but that English carpenters and plumbers fitted the house out.

The central North side, ground floor of the house were designated family rooms, whilst the first floor contained stylish bedrooms, with Arts & Crafts reliefs placed between the doors. The main staircase is extremely wide, with deep treads that can double up as seats. The top of the staircase is large enough to hold meetings and turns back on itself before it reaches the front door.

The external aspects of the house do not disappoint either, as it reflects Lutyens developing style of the ‘English’ Arts & Crafts Country house. The external architecture is enhanced by the clever divisions of garden walls to the South and East sides and a raised terrace on the North side that looks toward the English Channel. The architectural critic Gavin Stamp has described the East end extension as ‘the most exciting and unusual elevations that Lutyens ever designed’. 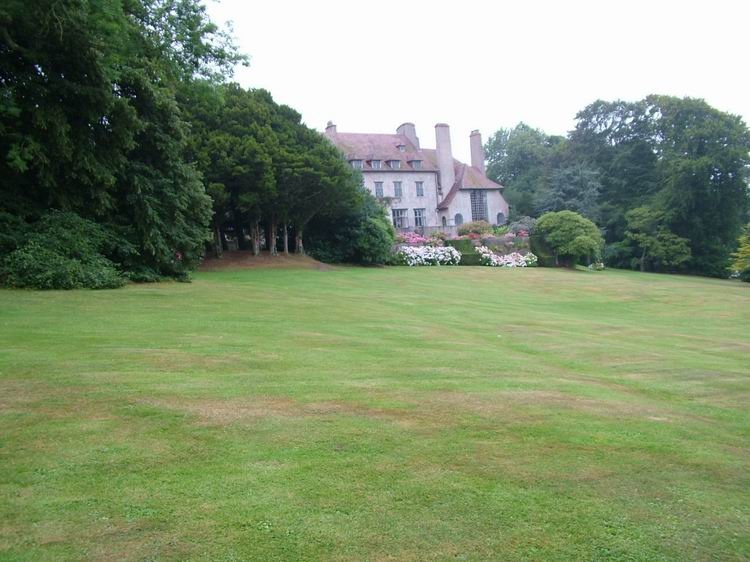 The North face of the house with it’s raised terrace and cascading flowerbeds that look over the planted park towards the cliffs in the distance is a triumph. Set at the top of a hill, the house appears from the park, nestling perfectly into its environment. Lutyens and his wife Lady Emily remained friends with the Mallets for many years, and Lutyens was commissioned by them, ten years later, to design another house, in the same area, known as La Maison des Communes but in an entirely different style.

The consequence of the Lutyens’ friendship with the Mallets was far reaching. Soon after the house was built Emily Lutyens joined the Theosophical Society and later the inner esoteric circle. Lent the house by the Mallets in 1911, Emily took Krishnamurti, his brother and her children for a visit. Today the house and park are still owned by descendants of Guillaume Mallet who open the house and grounds to the public. They say that the ghost of the Theosophical teaching still haunts the house.