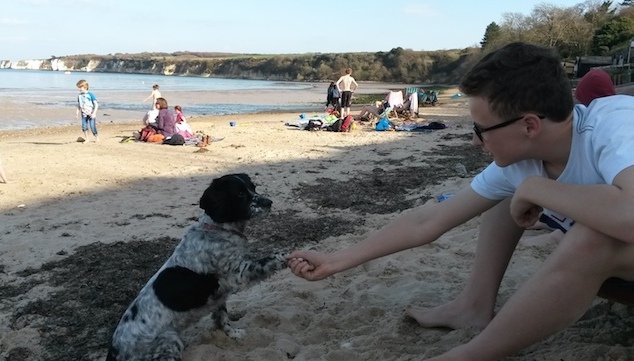 We have four children, now aged seventeen, fourteen, twelve and eleven. Over more than fifteen years, we’ve visited many different places including a number of parks, castles, and other tourist attractions. An interesting day for the children has to be fun, preferably with space for lots of running around in fresh air and picnics but also giving the opportunity to gain new impressions. We would be interested to hear from other readers about their own favourite places to visit.

Our favourite zoo, this is small enough to enable young children to walk around over several hours. The enclosures have been designed to allow exceptional views of the animals. Most of the large African mammals are here including giraffes and rhinos but Marwell is most famous for it’s big cats. Some of the rarest leopards in the world can be found here, including snow leopards and Amur leopards, of which only 35 are believed to be left in the wild. But the most magnificent of all are the tigers, which we could watch all day – languidly sunbathing on their viewing platform or padding around their enclosure. These animals exude nobility in their movements.

Our favourite haunt when the children were younger. The farm has a number of rare breeds of pigs, sheep, cattle, goats and poultry, which are a source of fascination for children to watch and occasionally feed. The animals are well cared for, with lots of space to roam. There is an indoor barn with hay bales for children of all ages to play on, and several large playgrounds. Numerous events and activities are organised most weekends, including small animal handling, bottle feeding of lambs, talks on the rare breeds and storytelling. There is lots of space to relax in, even during the crowded summer months. We spent many happy days there in all seasons with friends and family.

This zoo contains a number of large mammals including giraffes, tigers, elephants, gorillas and sea-lions, in large enclosures. It makes for a wonderful day out and is close to London.

A delightful zoo deep in the Exmoor National Park with a number of different breeds of monkeys, lemurs and larger mammals such as cheetahs.

A pre-historic clapper bridge which spans the River Barle which is estimated to be over 3,000 years old. The bridge is 180 feet long, and is made from a number of stones, weighing up to 5 tons each, in a deep, secluded wooded valley. There are some lovely walks along the river and it is easy to imagine meeting our Iron Age ancestors in such a quiet, unspoilt place.

This is a wonderful place for a picnic, high above the River Thames, and the café in the old orangery serves excellent tea and cakes to help tired parents and children recover from hours of playing.

A unique variety of plants from around the world, housed in spectacular glass houses and parkland. There are many different activities for children in all seasons, including open air ice skating at Christmas.

We found this wonderful place by accident when holidaying at Wells-Next-The-Sea in Norfolk. Set in a peaceful valley, along a stretch of the pristinely clean river Glaven, we were struck by the quality of the work in recreating wild flower meadows, and the beauty of the landscape. There are a number of activities for children, including river dipping. I will never forget the enraptured stares of our children when they emptied their plastic trays from the river bed and discovered dozens of different creatures, including fish, river snails, and insects. This was a natural treasure trove, in a spot where we could have happily sat for hours. This was also the first place where we’ve seen live red squirrels.

One of the best preserved medieval moated castles in England. It was built in the fourteenth century and is on an altogether smaller, more intimate scale than the earlier castles of the Norman and Early English eras that were built to subdue the local population. All the curtain walls and towers are intact and have been partially restored to enable visitors to climb to the top of the battlements. Dressing up kits can be hired for children from the booking office. The site often has medieval days with armoury displays.

The Kent and East Sussex Railway

Bodiam Station lies four hundred yards across the river from the castle and is the current terminus of the railway. This is a well preserved steam line which runs for 21 miles to Tenterten. It passes through some lovely countryside, including some ancient watercress beds. The railway staff are exceptionally friendly and informal. Our children were invited into the cab of a diesel engine and the Guard gave one of our sons his red and green flags to wave, which made his day!

The children enjoyed the walk and climb to the top of this well-preserved castle, although pushing a pram across the rocky path at low tide was more strenuous than we expected. After a long wait for the water bus to return us to the mainland, we spent several hours unwinding on the sandy beach overlooking the mount.

One of the first private steam lines to open, and set in beautiful countryside, we’ve visited the Bluebell Railway many times.

http://www.yorkminster.org/ The train service from London to York is so fast that it makes a day trip to this medieval walled city feasible. Our last visit concentrated on the National Railway Museum and the stunningly beautiful Minster. The NRM contains a varied collection of locomotives and rolling stock from the beginnings of rail travel to the Eurostar and the Japanese Bullet trains. Walking underneath a giant steam engine that had been sectioned to show the working components made a particular impression on the children.

An enormous collection of birds of prey from around the world, including British owls and hawks, together with American condors and African eagles. There are spectacular flying displays every day. Even the sight of a giant condor with a wingspan of over twelve feet gliding towards us from over a mile away was surpassed by the aerobatics of the peregrine falcon. Children have an opportunity to hold these magnificent birds on their arm.

One of the most spectacular medieval castle ruins in England, built in a natural break in the Purbeck Hills in Dorset. There are numerous special events held throughout the year, including medieval fairs where children can watch traditional yew longbows and arrows being made and used, and the adults can try homemade mead. Corfe village contains what is reputed to be the smallest museum in the country, located within the medieval town hall, and some excellent pubs. Our favourite, the Fox, has many good beers and offers tasty food that we usually eat outside in a picturesque garden overlooking the castle. A short walk takes the visitor to Castle station, where the Swanage Railway runs regular steam trains to the seaside town of Swanage with it’s sandy beaches and walks round the Isle of Purbeck coast.

One of the largest preserved medieval castles in Britain, but what really brings this place to life for families are the historic re-enactments in the 12th century keep and the extraordinary complex of tunnels and bunkers deep in the chalk cliff from where the evacuation of the British Expeditionary Force from Dunkirk was co-ordinated. The original control rooms have been preserved, together with the hospital.

Our children (when our youngest was 9) really enjoyed visiting the underground rooms from where Churchill ran strategic operations during the second world war. There is a palpable sense of history, epitomised by the chalk board left from the last day of the Battle of Britain. The use of modern interactive audio visual technology, in particular the use of extensive touch screens to describe key events throughout the war, caught the children’s imagination.

Over 1,000 hectares of forest and nature trails, with a children’s science centre. Our children spent hours building dens and hiding in the woods.

A fascinating museum for children and adults, with interesting interactive exhibits that demonstrate the principles of sailing and the history of maritime travel and exploration through to the present day. An unexpected bonus was going crabbing from the quay.

Set on a Second World War airfield, this is one of the largest collections of aircraft and military vehicles. There is a striking contrast between the graceful, peaceful lines of Concorde and the sinister-looking military jets from the Cold War, with the most appalling destructive capability.

Arguably the greatest stone circle in England, close to the largest ancient man-made hill in Europe and one of the grandest ancient tombs. Our children loved exploring the area,including the chambers of the West Kennet Long Barrow deep in the rolling downland of Wiltshire. Silbury Hill is nearby but access is limited.

This is an annual exhibition, held in July. It provides a feast for all the senses, with every kind of craft imaginable from around the world being demonstrated, from carpet weaving to musical instrument making.

One of the earliest Norman castles in England, all the earthworks of this motte and bailey castle are intact, and there are huge open spaces for children to play in. A great place for family picnics.

The second largest inhabited castle in England after Windsor Castle, and the home of the Percy family (the Duke of Northumberland) for over 600 years, this is a rugged medieval castle with collections of armour, jewellery, and restored ornamental gardens. Many people will recognise the castle from the Harry Potter films, where it was used to represent the Hogwarts School of Wizardry.

The following three sites are close together

This is housed in some of the oldest aircraft hangars in England, dating back to the First World War. What’s unusual about this museum is that visitors (including young children) are allowed to sit in restored cockpits of the aircraft, which include passenger jets, trainers, helicopters and fighters.

Half a mile from the aircraft museum is a huge hill fort where William the Conqueror paid off his army in 1071. There are massive earthworks for children to explore, as well as the ruins of the Norman castle.

This is unique amongst medieval English cathedrals in being built wholly in one style (Early English). The octagonal chapter house contains the best preserved of the four original Magna Carta documents. A new exhibition has just opened to celebrate the 800th anniversary of King John signing the Magna Carta at Runnymede. For adventurous children (and those with a good head for heights), the cathedral tower tour is highly recommended. Inside the tower you can look up through the inside of the magnificent spire where all the original ladders and pulleys used by the builders back in the 13th century remain.

Of all the places we’ve taken the children, our favourite places for a day trip are beaches which have a combination of rock pools, clean, shallow water for swimming and splashing around in and which have enough space for the children to play games such as beach cricket and burying parents. As the children have become older, they have wanted to do more activities such as learning to surf, but much to our surprise still enjoy a day on the sand. Some of our favourites include:-

Whitesands Bay, Pembrokeshire (a great place to learn to surf) 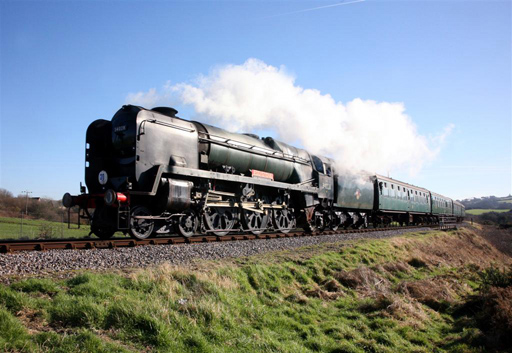