If it can be done, someone, somewhere, will do it…….

When I was a boy, there was just the radio and the Pathé News at the cinema. Our horizons were pretty limited. What were people doing in those days of more or less no news? Since that time we can easily know a lot more than we did then about what men, and women, and children, will do to one another. 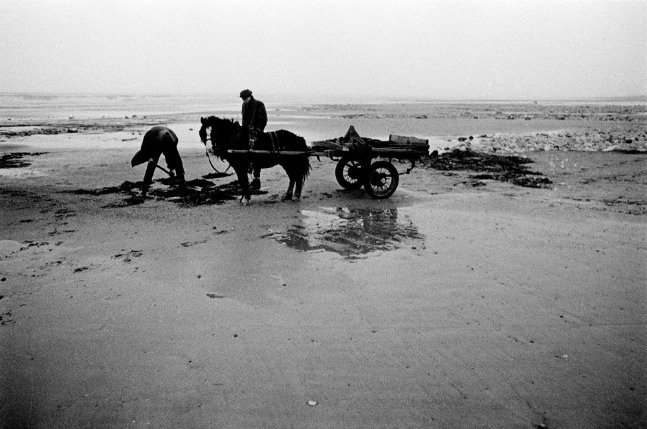 My grandfather, for much of his life, drove horses and wagons. One day his horse would not climb a hill and deliver the load. My grandfather lit a fire under the horse. It climbed. About dogs he said, “When it starts to eat its paws you know it’s really hungry.”

I’ve seen old, faded photographs of my father as a lad, with his sisters, my aunts. They lived in a very run down terraced house, in a Lancashire town. Life was hard. There was no time to feel for animals, domestic or wild. Everything you did, more or less, you did with your hands; there were no labour-saving devices, no machines to speak of, no telephones.

I knew an elderly man from Lancashire when I was in my twenties. In the book he’d written about his life he described how boys (where he lived) used to tie something to a cat’s tail, throw it in a pond and then stone it to death or knock it unconscious with stones so that it sank and drowned.

At primary school, age five to eleven, there was a boy who I felt had been really downtrodden by his parents. He had no chance when it came to dealing with others. He did what he was told. Another boy, rather wild and with a nasty streak somewhere, made him drink ink. (We wrote with pens with nibs in those days.) When I heard of this dire act I was outraged. I couldn’t believe anyone would do this, nor that anyone would in fact drink ink.

As a little boy, below ten years old, I was a skilful boxer in a very simple way. I kept my left up, and my right protecting my chin. I stayed calm. One day at school it was another boy’s birthday. He had been given a new pair of boxing gloves and brought them to school. In gym class the teacher asked him who would he like to fight. For some reason he spoke my name, unwisely.

We squared up to one another and promptly I gave him a couple of punches to the face. Before I knew what I was doing I stepped forward and apologised. 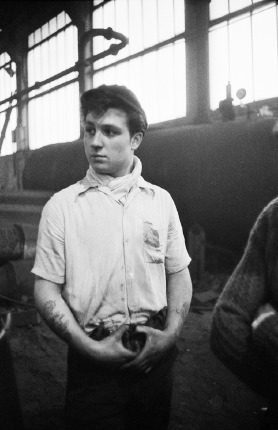 In those days you either left school at fifteen or stayed on in the sixth form until you were eighteen. Most pupils I knew left at fifteen, and found jobs of one type or another. I stayed on in the sixth form. One day I met a boy who had left school. I asked him what he was doing. He indicated that he had some work at the local Town Hall. He looked unhappy. He was a gentle kind of youngster. His particular thing was art, painting. A special air of patience hung about him when he had a brush in his hand. He did something with colour which amazed me at the time. If he painted a picture of a house, of brick walls, he picked out the different colours which appeared in a real life brick. But they didn’t appear in my idea of a brick.

Bricks are not red all over, or brown. They have a number of colours running over them. Lesley saw this and painted it. With the tip of his brush he created something beautiful out of bricks; and he did it with a palpable patience and attention to detail.

When we parted I felt shocked. I was fifteen or sixteen and I experienced what I imagined he was experiencing. The clash of leaving school and entering the adult world of repetitive, uninspiring work on the one hand and the love of colour and wish to paint on the other. I wrote a letter to the local paper and they published it, covering about half a page with the headline, “Sheep Among Wolves” and some sub-heading about the plight of school leavers with no career or prospects.

I first became aware of the concentration camps, in the cinema, when the first black and white pictures of a skeletal man were shown on the news. It is a world famous sequence. When I saw it I mentally knew what it was. But I did not take it in. I couldn’t take it in. Now, after all this time, I still cannot. It’s one of the things men and women can do to other men, and women, and children.

These experiences came into me and stuck, somewhere. There are hundreds of them, maybe thousands. They are inexplicable. They have a quality which is material, not lending itself to verbal treatment. Why do we do such things to each other? 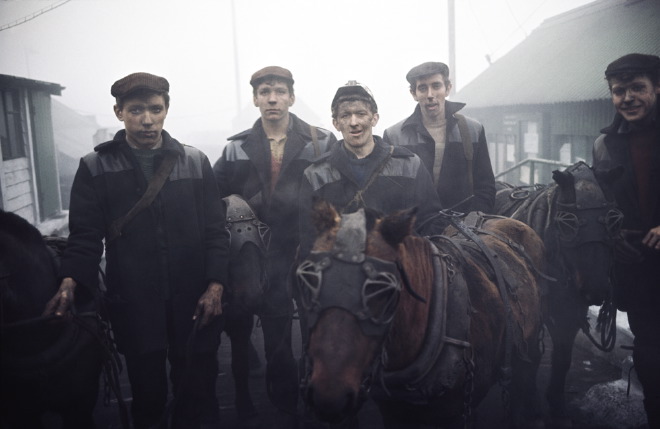 All photographs courtesy of John Bulmer (http://www.johnbulmer.co.uk). A book of his North of England pictures will be published in October 2012.