After performances at the National Theatre in February 2010, on tour in America 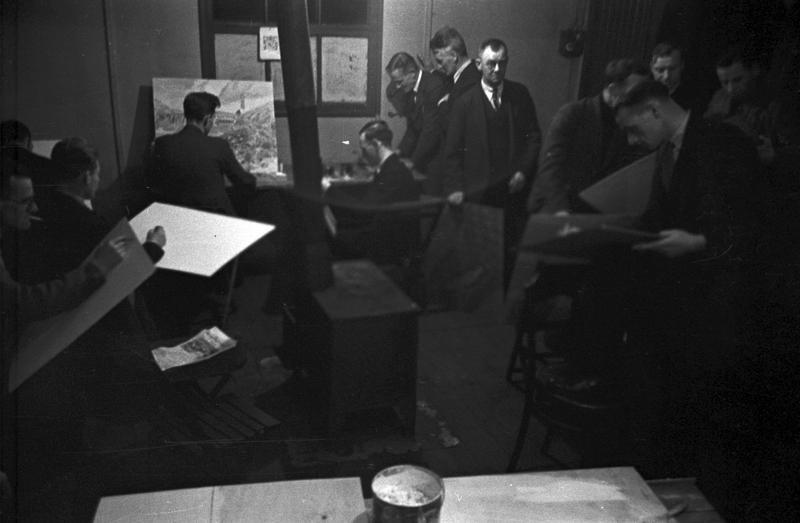 In 1934 a group of miners at the Woodhorn Colliery in Northumberland assembled to take a WEA class in Art Appreciation. Their generation left school at twelve for gruelling work in the pits but were eager to exercise their minds. The visiting lecturer, Robert Lyon, soon abandoned his plan of showing slides and encouraged the group to ‘learn through doing’ and ‘paint what you know’. He set subjects weekly and members would work out what to paint at home, bringing the results to be criticized by the group.

Forty years later some of the remaining, long-standing members of the Ashington group persuaded the art critic, William Feaver, to look at the best of their work and he was so impressed that he wrote a book about the project: The Pitmen Painters. This has been the inspiration for Lee Hall (writer of Billy Elliot) to create a play for the Live Theatre in Newcastle that has had a short run at the National Theatre in London.

The play was adapted for Radio 3 in December 2007 and I was thrilled not only to hear the story of the miners’ achievements but also to encounter a script raising real issues about class and culture in the 1930s that still have resonance today. Oliver Kilbourn, the most talented of the group, was offered the opportunity to leave his job in the pit to become a professional artist but he couldn’t do it and the play articulates the issues about identity and belonging that accompanied such a decision: individual development and potential isolation versus community and loyalty to a self respecting group.

Questions are also raised about the purpose of ‘Art’ and its value as opposed to price. On stage these issues are debated while the miners’ pictures are projected onto screens and their blunt and trenchant criticism of each other’s work, or that of artists such as Ben Nicholson and Picasso is one of the sources of humour in the play. In the initial scenes I was rather taken aback to hear the audience laughing at, rather than with, the Northern miners and their broad accents but by the end of the play we see that in Oliver Kilbourn’s case his discrimination and understanding of art moves beyond the academic outlook of his tutor and mentor. As audience, we too are invited to share the perception of culture as something to be created and in which to participate-not just to view as outsiders. 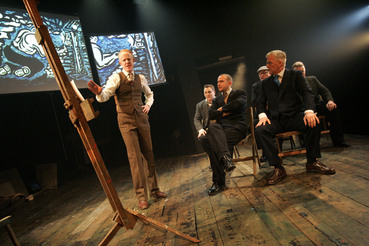 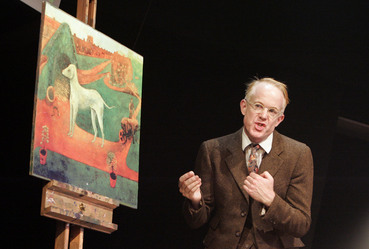 The Pitmen Painters-the play-will be at the National Theatre from January 27th 2009. Early booking is advised as the short run in June 2008 quickly sold out.

The permanent exhibition of paintings is at the Woodhorn Colliery Museum

A slideshow of the paintings courtesy of Radio 3 Drama 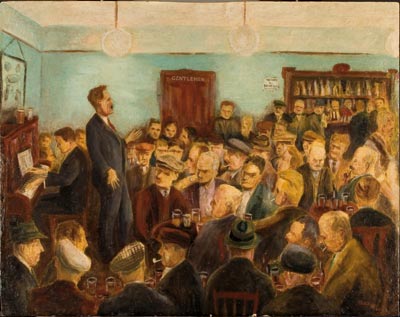 The Pitmen Painters : Ashington Group, 1934-84 by Willian Feaver-published by Northern Arts has sold out but can be obtained through libraries.