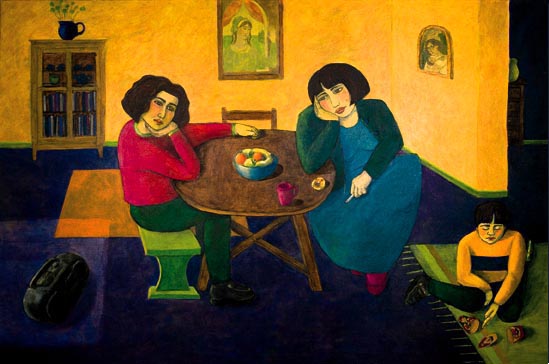 Some Personal Impressions by Alex Horwill

Popular music is often perceived by those who don’t enjoy listening to it, or who havn’t tried to do so with a relatively open mind, as formulaic, one dimensional, limited in range of expression, simplistic,both lyrically and musically, and generally lacking in depth. While these accusations are true of a large majority of popular music, I find that there is a great deal of energy (of different sorts), character, humour and invention in some of the music which has been produced within this genre during its brief existence – you could argue that modern popular music has only been around for 60 or 70 years.

I can’t name an art form which can come close to music in its ability to make me want to move. A great example is the music of James Brown, although it’s often the members of his bands who are the real magicians. The music he made, which is derived ultimately from rhythms and melodies brought to America by African slaves, and whose lyrical themes are often overtly sexual, effectively defined the genre of “funk” (possibly from the French “funquer” meaning to give off smoke). I’m apparently not alone in finding that very often my reaction to this music comes directly from my body – often the movements I make are small and repetitive, but something in the body seems to take pleasure in engaging with the music in this way. Some of the music of the British heavy rock band Led Zeppelin, while of a very different nature, although the most recurrent lyrical theme – sex – is the same, also has the effect of making me want to move. In this case however it often involves more violent, non-repetitive movements, such as pretending to play along with the drums or guitar.

As well as making me want to dance and move, popular music can often evoke a strong emotional reaction in me. Listening to Motown records (so called because they originate from “the motor city”, Detroit) like Sitting on the Dock of the Bay by Otis Redding, I find it difficult not to want to wallow in the atmosphere of dejection and loneliness he creates, set against a backdrop of the San Francisco docks. A record like Petula Clark’s Downtown reeks of the romance and the bright lights of the city, and the seductive idea that there’s a place where all your troubles can be made to evaporate. In a completely different way, some of the music of Nick Drake (all recorded between his late teens, and his untimely death in his early twenties) has a truly haunting quality. Listening to a song like Black Dog about his ongoing battle with depression, and hearing the tone of his voice when he sings I’m growing old, and I want to go home, one can imagine some of the things he may have been going through and it’s difficult not to be moved.

Rock music can also generate an energy somehow larger than itself that seems to have a momentary existence of its own. Listen to a song like The Bends by Radiohead, and you can hear that something much larger than five individual musicians begins to exist – almost as though a small group of people had momentarily created something on the scale of a sizable natural phenomenon like the tides of the sea or a solar eclipse. I often feel so drawn to music that exhibits this quality that the desire to join in is overwhelming, and I start to participate in whatever way I can, either singing along, or moving in a way that fits with the song.

Some modern popular music has a genuinely warm, compassionate humour. Listen to Arlo Guthrie’s Alice’s Restaurant, an exceedingly convoluted eighteen minute story about his encounter with the authorities performing the draft for the Vietnam war. Although it’s true of many popular songs, and a fact that has been exploited for considerable financial gain, a question this particular song brings to me is, “What makes me want to listen to this record over and over again?”

A band called “The Fall” (named after the novel by Albert Camus), is an example of my personal and somewhat peculiar taste. Hearing their music for the first time,it is often described as impossible to listen to. The lead “singer” is a belligerent Mancunian whose idiosyncratic and often poor diction usually leaves the listener unsure of what’s being sung,or more often talked, about. The subject matter is not particularly usual for the genre: an good example is the song about a hunter out shooting rabbits who meets up with an undertaker; the undertaker curses him and the hunter can no longer enjoy sleep,eat meat or enjoy any of his favourite pursuits. The music is often either jarring, or alternatively a single phrase is repeated over and over for six or seven minutes. Once you develop a taste for it though, it’s strangely compelling, and you begin to appreciate the ideas and attitudes of the singer without his having communicated anything explicitly.

Another artist whose work must be considered quite unusual is Don van Vliet. His stage name was Captain Beefheart when he was musically active in the 1960s, though he has since become a virtual recluse and lives in the Arizona desert painting abstract pictures, largely for his own amusement. His “Magic Band” are however still going strong and watching them play recently, it was amazing that they had managed to learn, and perform live, music that seems to transgress most of the obvious rules about structure, time signatures and harmony. Again, it’s difficult to understand the appeal of this music or to describe it in any meaningful way but it seems to communicate with me more directly than most other popular music – almost as if it bypasses the conscious mind and deals with a more primal, child-like part that likes jumping up and down and shouting.

In short, I’d say that while modern popular music doesn’t often possess the delicacy, subtlety or depth of other musical art forms, it does have something to offer that can be immensely enjoyable, and can allow us to discover aspects of ourselves that may seldom be revealed by other styles of musical composition.

I would appreciate more being written about popular music (which, it could be argued, has been around since at least the mid 19th century) in general, and on its sub-branches such as Punk, Indie, Metal, Ragtime, Reggae, in particular.

It would be helpful if a little could be said about Rhythm and Blues (R&B), Jazz, Gospel, Rock ‘n Roll, Country, and although the writer mentions Funk it can be added that this was a blending of what is called soul music, soul jazz, and R&B.

Although popular music, particularly its American and British lines, has been hugely influenced by the black Southern slaves and their African roots, there were also other influences, and of course popular music has its own history in other countries such as Iran and Mexico.

Although I was strongly influenced by traditional Gaelic and Indian classical music, nonetheless I have made an effort to keep myself open to all forms of music, particularly so as it helps to maintain contact with the ‘young at heart’, and in that regard I am grateful to that wonderful broadcaster, the late John Peel, and BBCs Radio 3 Late Junction presented by Fiona Talkington and Verity Sharp.

It would be beneficial for the magazine to receive articles on musicians such as Elvis Presley, The Beatles, The Rolling Stones, Pink Floyd, Van Morrison, Jackson Browne, Tom Waits, Joni Mitchell and Bob Marley to mention but a few.

I can only encourage future articles on popular and other forms of music as it may provide an informative, enquiring listening bridge-way between older and younger generations.