I have long been interested in art which is sacred, and most particularly with sacred art in the form of music. This interest had, during my life, somehow grown faint, but finally noticing its faintness I was moved to remedy this while staying on the island of Iona. When I did so I was rewarded very greatly indeed, but there was one particular song which had an utterly unexpected result for me.

By the end of my first hearing of this song, my head was bowed, and for some reason, I still do not know why, I was crying very deeply indeed. Having introduced this recording to a friend I later learned that exactly the same thing had happened to him: he was brought into a state of deep crying.

As soon as I came to, I put it on one more time, for there was obviously something in the emotion in the very song itself which was, although sad, very attractive and profound. If I am emotionally affected by some music and then go to hear it again, it is almost always because I want to repeat the pleasurable sensation of having my emotions stirred, and this can be so with joyful compositions, or sad ones. But in this case, the impulse to hear the song again was extremely different. It was less an impulse looking for another joy or another solace. It was in fact as if there was an emanation coming out of my being which had in some way joined with this art. It was an extremely interesting moment.

This effect was particularly strange, because not only was my life happy and fulfilled at the time, but also because the song was sung in the Irish language and I did not comprehend any of the words, with the exception of the one word “Grá”, which refers to Love. I also did not understand the title of the song. I have still not translated the words – not because I do not want to be disappointed, but because I know what the song is about already. 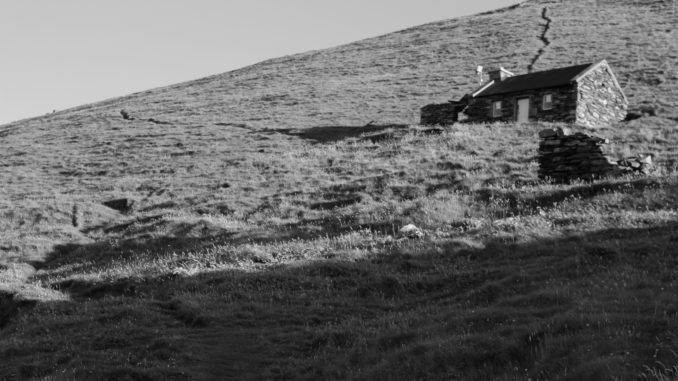 The song I speak of is called ‘Coinleach Glas an Fhómhair’. It is an old song, from the Irish Sean-Nós tradition. Perhaps as much as ninety per cent of the amazing wealth of Celtic music from Ireland is simply attributed as ‘Traditional’, so that there is often no real way of knowing its age. But some of it is very old indeed. And, of course, some melodies linger although the words change when, for instance, a language is superseded.

It would be fair to say that with this song it is easy to feel that the centuries of music already conceived by the nation may have influenced the song very strongly to give it its depth, its emotional richness and purity. That said, it has a uniqueness which shines and shines. Sean-Nós is sung acapella in the Irish language by a solo singer, usually either a man, woman or young girl. Often two women will sing the last refrain. This brings a heightened emotional intensity, which, it seems, can exist with this double emphasis.

Most Sean-Nós songs are very complex, with melodic variations which can perhaps only be achieved by the human voice. In fact, in my many years of investigation into music, I have only heard an equivalent melodic variance of such harmony in two other songs, a single song of Tibetan origin, titled ‘Lama Dorje Chang’, by the largely acapella artist Yungchen Lhamo, and another which I know simply as ‘Jewish Sephardic Song’, and which I found on an album from the Fez Festival of Sacred Music. Compositions by Hildegard von Bingen, a Mystic, as performed by the Bulgarian choir La Voix Bulgare, also display a truly uncommon wealth of tonal range.

There are still yearly Sean-Nós contests and some Sean-Nós singers in Ireland are well known. However only certain singers – not always the very well-known ones – sing with the essence of emotion that could bring about what occurred in me. Often the songs chosen are known only to the local areas and small communities of the singers themselves. Interviews can be found detailing some story about the songs origin, but sometimes nothing is left of the story but the song itself.

After many listenings, I have also come to wonder whether this result which I experienced can only occur with certain people – people who have had, at least once in their lives, very deep feelings of compassion for some kind of strong, universal sadness of the heart which bonds us all.

Something as deep as a universally appreciated injustice perhaps? But of this I cannot be certain.

I first began to love this music when I returned to Ireland after a long childhood away, at the age of seventeen. It was the female Sean-Nós singing that I particularly loved. Although many like the male Sean-Nós just as much. The tenderness in the females when singing about something evidently deeply sorrowful, opened up for me another, much purer, world and it was something I treasured very highly indeed.

The difference between the English and Irish languages is so vast as to be quite astonishing, and the same is true of the mindsets of the two nations. In small pockets of Ireland even now there is the old language, the old music, the old customs, and the very old songs.

One such place is An Daingean, where I first heard Sean-Nós sung live. Visiting there on the morning after Christmas you will find that practically all the locals in public areas, perhaps especially the barmen, will be wearing a mask and a costume of straw. Each street will then march with tin whistles and drums, the local children at the head. This is called ‘Hunting the Wran’, that is, the Wren. And in the villages further west of An Daingean, quietly, a few Sean-Nós singers still sing and live out their days, and I hope this will always be so.

I hope also that this music, or music similar to it, may stir you and cause you to reflect in your own way, on what the nature of music really is, and what it really can be in potential. I know of a handful of recordings that are close enough to satisfy my own wish to find art that has profound meaning because of its profound effect, music that really broadens one’s understanding of what art can be, and in order to encourage readers I list the song which this article is about, and one other in the same tradition.

It is, of course, important to hear a good performance and to listen with at least some real receptivity.

Raghad-Sa’s Mo Cheaiti – Performed by Aine & Eillein. (Available in Record shops in Ireland, on the album ‘An Droichead Beag – A Mighty Session’. 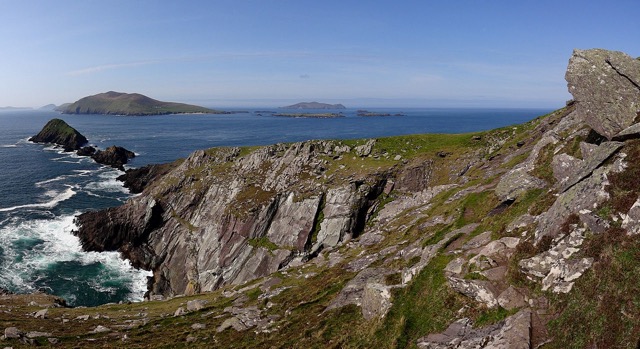 Editors’ note: readers may wish to listen to Seán Ó Riada speaking about Sean-Nós in this radio interview made in 1963 and repeated recently on TG4, the Irish language station. It is worth noting that not all who have an in depth knowledge and understanding of Sean Nós agree with O’Riada. (The interview begins a few minutes into the clip, at the end of a RTE news and weather bulletin.)