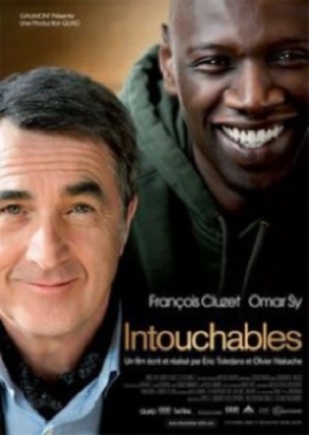 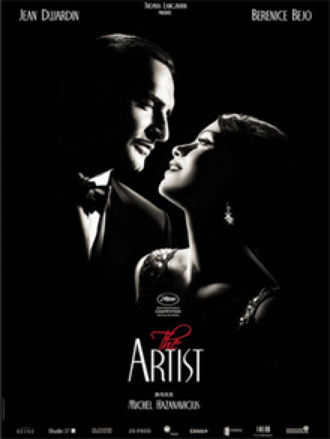 The intense cold weather that affected the whole of Europe had its impact on Paris too: the ever-present, but repressed, question of the homeless became a matter of urgency; fresh vegetables became relatively scarce; as Parisians marched through the streets in unfamiliar hats, coats and gloves there was a kind of bonhomie that often results from extremes of temperature. Given these conditions it was not surprising that the number of people just wandering in the streets, shopping for non-essentials and hanging about in cafés and so on was greatly reduced. The one place that seemed to attract crowds was the cinema: one Sunday afternoon the multiplex near me had several of its largest venues sold out. I wondered whether this was due to the fact that cinemas are at least a warm and comforting environment, dedicated to escapism, and therefore a perfect antidote to the rigours of sub-zero temperatures and bitter wind.

Perhaps this was so, but it does not account for the fact that cinema has been enjoying a period of economic success in France for some time. Not only have audiences increased (215.6 million in 2011, a number not achieved since 1966) despite the availability of DVDs and the alarming size of the home cinema screens on sale in the big high-tech outlets, but people are increasingly keen to see French films. Indeed, the number of entries to French films went up by 21.4% last year (89.62 million) almost as many as those going to American films, a situation unknown since 1984. In terms of production, there were 272 full-length films made in France last year, some of which have had a phenomenal success not only in France but also abroad. The most popular of all was a film called Intouchables which has so far attracted over 19 million entries, the third highest number since 1945. More surprisingly, the film has proved popular in Germany (over 3 million entries) and even in the United States, a culture usually resistant to foreign-language films. Other popular films include The Artist (silent and black and white) and Polisse, a film whose subject is a police brigade concerned with the protection of children, dealing with paedophiles, abusive parents and vulnerable adolescents.

The current vogue for cinema is certainly an intriguing cultural phenomenon, but when I said that French cinema is experiencing economic success I chose my words carefully, because if Intouchables is anything to go by there is nothing to rival the great periods of French cinema in the past. The film opens with the announcement that it is based on a true story, but that does not necessarily make it credible, still less interesting. The subject is the relationship between an extremely rich, severely handicapped aristocrat (injured from a fall while wind-surfing) and the young black man from the suburbs, recently out of prison, he hires as his carer.

One of the enthusiastic reviews unwittingly put its finger on the secret of the film’s appeal: “Everything we are not, that we don’t experience, that we don’t accept, is offered to us in a magical film which makes us into what we dream to be.” One of the rare critical comments, however, described it as marshmallow. Personally I did not appreciate the facile oppositions between the cold repressed (and depressed) aristocrat and the spontaneous life-enhancing boy from the suburbs who converts his master from Mozart to rap and the joys of speeding through Paris in a sports car. The fact that he thinks Berlioz is the name of a notorious suburban block of flats and recognizes a piece of classical music because it is used by the telephones of the employment exchange made the audience laugh, but they did not seem to appreciate the (unconscious ?) contempt which this implied. The scene where the “instinctive” carer manhandles a driver who has parked in front of the house made me feel particularly uncomfortable, not least because the audience found it hugely amusing. A later scene where he bullies the boyfriend of his employer’s daughter, forcing him to be nice to her, used the same technique. The implication is that the behaviour we deplore in the suburbs is alright if it is applied against the wealthy in a supposedly “good” cause.

Of course most of the 19 million who enjoyed the film would say that I’m taking all this too seriously, but I believe that it is particularly important to penetrate the glossy surface of what passes for “entertainment” to reveal what messages are actually being put over. This kind of cinema often plays it both ways, and it shouldn’t be allowed to get away with it. I was not that surprised to discover that the film had gone down well in America: indeed with its studied manipulation of the audience and its essential dishonesty it struck me as essentially a Hollywood product – an American version must surely be on the cards. Obviously, after such severe criticism readers will need to make up their own minds, but I have to say that despite my irritation I was already forgetting it as I made my way out of the cinema.

As far as The Artist (which I haven’t seen) is concerned, I believe this has already been shown in Britain. It too was successful in America, but as one critic remarked here, perhaps that implies that the recipe is to shut up and deal with Hollywood in its prime. It seems to be virtually an American film, and as I put the finishing touches to this I see that it has duly received its share of the Oscars. In these hard times I don’t want to begrudge the economic success of French films, but in terms of artistic quality we are a world away from Renoir, Bresson or the director of Casque d’Or (Jacques Becker) I mentioned last month, whose last film Le Trou, made shortly before his death, has an authenticity that puts Intouchables to shame.

Post script Just after finishing this, the French counterpart of the Oscars, the Caesars, awarded the main prizes to The Artist. Intouchables received only the award for the best actor, (Omar Sy who played the black carer). Last year the hugely successful (but un-exportable and untranslatable) Bienvenue chez les Ch’tis (21.4 million entries) received nothing: apparently it was too populist and merely a comic entertainment (the Caesars reward not just popularity, but also defend a certain idea of “quality”); Intouchables has obviously been the victim of the same attitude.