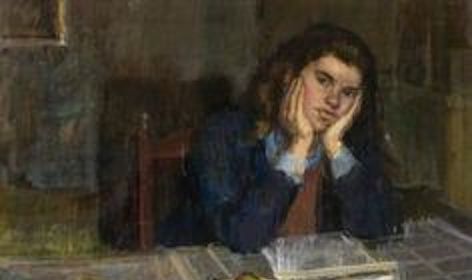 Our younger daughter is rather silent and intense, the opposite of her sister. I was helping her to redecorate two rooms. Except when we had to speak, we worked in silence for hours. There was a happy, unspoken communication between us, just as there used to be when she helped me as a child.

Because of schedules and deadlines, we worked well past midnight, my six o’clock internal protest quickly subsumed in a mysterious, rising energy. By 2.00 a.m. I had no interest in going to bed.

We worked on the following day. There was something light, ethereal, almost surreal about the experience of my body. My head was silent, not blank but available. The emotions were quietly content, with no wish to be anywhere else. The conditions were perfect to ‘work’ as I worked.

By lunchtime, the job was finished. My wife, son-in-law and granddaughter arrived. A friend dropped by. I felt obliged to contribute to the general conversation. As soon as I opened my mouth, I received a shock. I heard the false note in my voice. My daughter heard it too.

A usurper was suddenly, mysteriously, in the driving seat, representing me, his voice very familiar, yet not mine. Something, like a child, cried out in protest within. It was useless. Ten minutes later, another usurper, another voice, another expert, another liar. Locked up in the dark, the child within could only watch, helplessly.