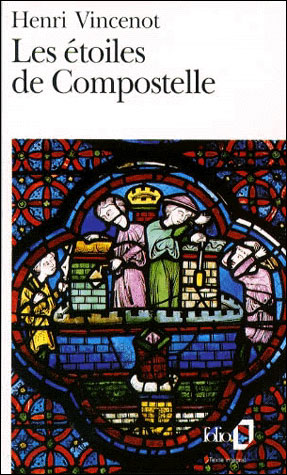 In his book “Les étoiles de Compostelle” Henri Vincenot describes the adventures of Jehan, a young Burgundian woodsman, who comes upon the site of Fontenay as the monks and masons are laying out the ground plan of its great and still standing abbey. He is adopted by “The Prophet”, a curious figure resembling at times a tramp, at others seemingly the inheritor of Druid lore and geometry, advising the monks on the appropriate way to design their monastery. Much to the chagrin of his family Jehan joins the carpenters then present on the site and sets off on his tour of apprenticeship with them, helping with the building of permanent timber frame structures for buildings such as castles as well as the temporary structures upon which the Romanesque churches and cathedrals of that time were built.

When the opportunity arises he departs with some of his companions and the Prophet as guide on the pilgrimage to Santiago de Compostella in the Galician province of Spain. This route, thought to predate Christianity, became popular in the medieval times in which this story is set. Upon the journey various churches are visited and the extract below describes one of these “journeys within a journey”. The author seems to be closely in touch with the characters whom he describes, painting not only a meaningful, moving and exciting story but also introducing us to much pertinent historical and technical detail.

…Eventually upon the eighth day of their stay at Fontenay did he dare to step foot in the church. As I mentioned all was finished within. Only the roof covering remained to be posed upon the stone vaulting. The interior scaffolding had been removed and the nave was now apparent with its barrel vault bare and pure. He entered by the main door, and was so struck and transformed by what he saw that he took only two steps and stopped short as though petrified. Something rose up into him through the soles of his feet, continued along the inside of his legs, flowed through his sex and belly, continued on up into his back and neck, and it seemed to him that warm flows of blood flooded surging into his head.

He advanced slowly along the axis of the nave, his eyes fixed upon the apex of the choir’s central window. In this way he moved forward two, then four, then ten steps, slowly, with his fingers touching and the palms of his hands pointing forwards. He heard no more, saw no more and it seemed to him that his feet barely touched the ground, which was still of packed earth, the paving having been but just begun.

The closer he approached the crossing the more the “enchantment” (syn. amazement or envaulting) grew. It reached its height at a point which could well have been the exact junction of the axes of nave and transepts. Or maybe it was a little further on, just where the monks had installed a makeshift altar where they transformed bread and wine into flesh and blood. He remained there upright and seemingly raised a metre above the ground.

When he returned to his companions, who were sketching out the principal roof timbers on the ground outside, he said to them with great exaltation, “I have been under the vault!…” They looked at him for a moment and since they returned to their set squares and their compasses without a word, he affirmed strongly, “And it works! It works! I felt it to the very marrow of my bones!” But nobody reacted and appeared rather to find it all perfectly natural… 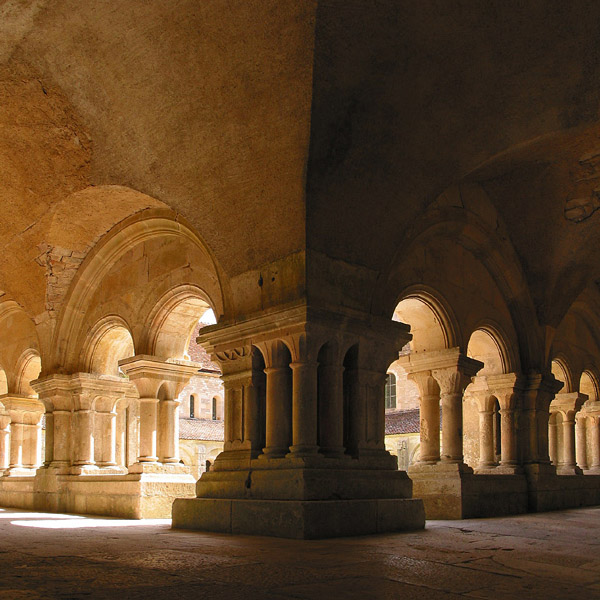 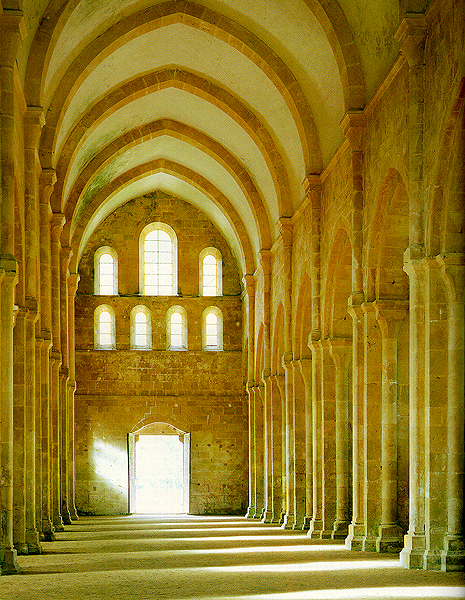