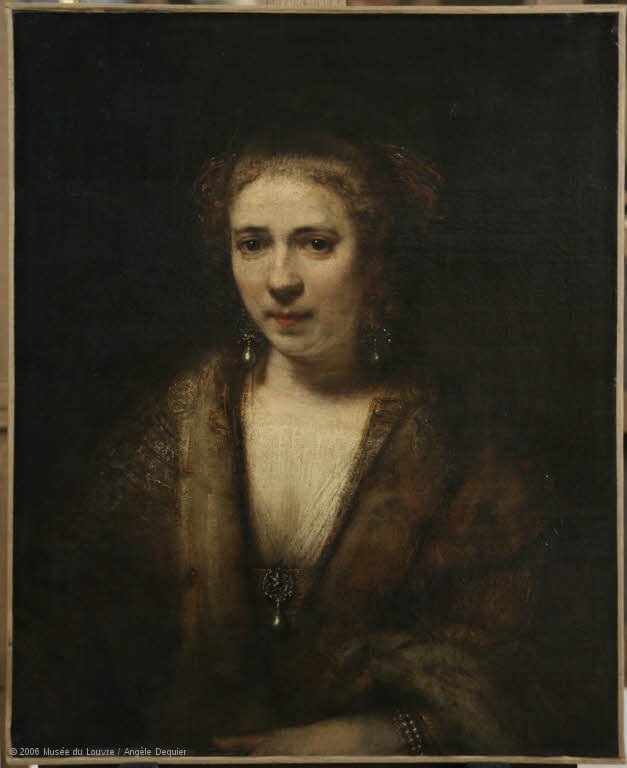 Portrait of Hendrickje Stoffels by Rembrandt in the Louvre

This is one of those rare books meriting several readings, and with the potential to transform the layman’s as well as the practitioner’s understanding of art.

Recent years have seen a dramatic increase in the numbers of people visiting museums, art galleries,churches, and making trips abroad to pursue similar activities.The dizzying heights reached by current auction prices for works of art reflect this enthusiasm. And yet the experience gained can be shallow and dissatisfying, resulting all too often in the acquisition of formatory information and a blur of superficial impressions rather than any deeper insight or illumination. Elsner’s book, the fruit of a lifetime’s study and work, provides a useful touchstone for evaluating works of visual art, as well as an approach to viewing them on a deeper level.

A Polish Jewish child, Elsner went through great personal suffering. His comfortable middle-class upbringing ended with the extermination of his extended family in Treblinka during WW2, and for many years he lived as a fugitive and later a refugee. As an art student in Paris he was in despair and on the point of suicide when his life was transformed through contemplating Rembrandt’s portrait of Hendrickje Stoffels in the Louvre. He realised that to deepen the vision he had experienced, and give it a permanent place in his life, it was necessary to follow a spiritual path of transformation. Elsner found this in the Gurdjieff Work, joining  in the 1950’s and continuing with its practice on his move to London.

He came to the understanding that the higher purpose of art is to provide fine impressions and develop inner attention, rather than to induce intellectual or sensory titillation, or display the artist’s virtuosity. While never deprecating the importance of gaining technical skill, he illustrates how vision, dependent on higher energies, lies behind those works of ‘objective’ art which have the power to transform the life of the beholder. In doing this, Elsner carefully chooses examples which have held great meaning for him personally. They include such inspiring works as the Lohan, and statue of Nenkheftka in the British Museum, the Rose Windows of Notre Dame in Paris, and the lovely Vermeer ‘Lacemaker’ in the Louvre.

Emphasis is placed on time spent contemplating art (he himself would happily spend an hour in front of a picture!) as well as cultivating a state of receptivity. Understandably he becomes exercised over questions of lighting, context, and the positioning of works of art in museums, probably why he kept returning to much-loved Kenwood House in Hampstead, to view its incomparable Rembrandt and Vermeer in their lovely and life-giving setting.

There are so few books like this about art that can contribute to our appreciation and encourage a more active and discriminating engagement. Reading it, brought to mind another such one, Joyce Cary’s ‘The Horse’s Mouth’, which similarly prioritizes vision over technique or concept. That novel begins with a telling quotation from William Blake, which Dante Elsner would most certainly have known and appreciated:

‘Five windows light the cavern’d man;
Thro’ one he breathes the air
Thro’ one hears music of the spheres
Thro’ one can look
And see small portions of the Eternal World.’