Why should one retreat? Is ‘normal’ life so appalling that, like an army, there is withdrawal, flight even, regrouping before the battle starts once more? Over the years, I have been on many retreats, some formal, some almost accidental, but all seeking the moment to think again about one’s life in a space of calm, where questioning, and even new resolutions, are possible.

Some of the most productive times of retreat have begun with a journey; a journey to leave behind “normal” life, with its preoccupations, worries, chores; a journey to “switch off”, to open up oneself to whatever may come. Robert Louis Stevenson declared that “To travel hopefully is a better thing than to arrive”. Well, maybe the travelling can be so productive as to make the arrival more worthwhile. An essential prelude.

And should the car be our favoured way of transport? All the time taken checking the route, coping with other traffic, cursing the other traffic? No thought has to be given to the baggage one takes – for the boot holds everything. Sling in the wet weather gear, the hot weather gear, the gear to pass the time in case we get bored! Yes, everything but the kitchen sink. We take our present lives with us. Our emotional baggage goes in too. 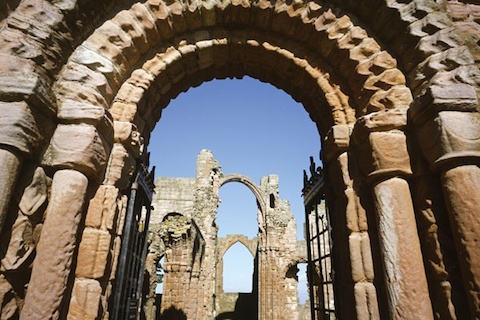 Some years ago, I travelled from Surrey to Lindisfarne, the Holy Island, by public transport. An excellent travel service got me to Berwick on Tweed, crossing London. A fast express. Some hours coming to a different country, a different world. Then a bus to take me to Lindisfarne. But the bus timetable varied with the tides – Lindisfarne is only reached by a causeway at low water. The information staff were delighted by this challenge! All went well and I found my way, carrying a small bag, to the bus station in Berwick and so onwards.

And as I travelled across England I had left an ordinary life behind. As I had discarded baggage I started to discard the emotional luggage I carried. I could ask myself why I was doing this, what was I expecting, how would I manage without the props and certainties of everyday life? I had arrived at a place which seemed clean, empty, with vast horizons of light. A place touched with wildness and an ancient spirit. And the journey, the travelling, had been part of it. 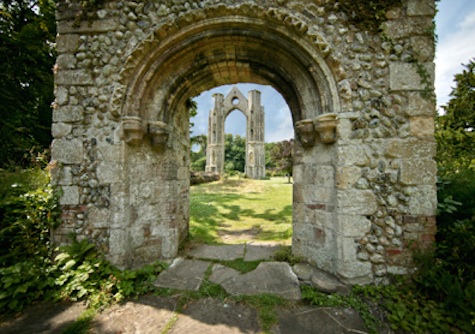 Walsingham too. An expedition prompted by a friend, and, for me, a journey into the unknown. I went with no expectations to a place which had once been, after Canterbury, the main pilgrimage destination in England; a place then abandoned for four centuries. In 1061, Richeldis, a Saxon noblewoman, was given a vision and commanded to build a replica of the Holy Family’s house in Nazareth. She chose Walsingham and there the church and a priory were built. It became a famous pilgrimage site until destroyed in the 16th century. My friend wanted healing but I was sceptical. Not sure it was my thing!

Then in the late 19th century a revival in the High Church saw new interest in the ruins, and in 1920 a new church was built and the practise of pilgrimage renewed. But of all this I was ignorant. So we booked into the retreat centres and then planned our journey. Walsingham lies in remote Norfolk, not near the popular Broads nor part of the great acres of East Anglian food production. It became obvious that public transport was not easy and that, partly due to my friend’s ill health, we would have to stay a night in Norwich, once the city of a thousand churches, on our way. But here was a chance to visit the shrine of the great contemplative, Dame Julian of Norwich, and a way of life almost impossible to understand in this materialistic age. So the journeying became slower, more thoughtful, more introspective.

A bus ran infrequently to Walsingham. It pottered through a dozy summer countryside for hours, a slow and leisurely exchange of schoolchildren, shoppers, dogs. The accent broadened. People glanced at us curiously and my friend dozed in an almost hypnotic trance. We were absorbed into a more tranquil life almost unthinkingly. And so we arrived at ancient pilgrimage site.

Booking in to the retreat centre we were immediately told how lucky we were – today was the Feast of the Assumption of the Blessed Virgin Mary! That very evening there was to be a procession around the village from church to church. An almost mediaeval experience. A large group of Travellers had arrived for the occasion and their caravans were parked on the edge of the village. They and several hundreds of others, including many children, gathered, were given candles to carry, and set off chanting “Aves” as they walked, bearing an image of the Virgin. All this was so remote and utterly unlike my everyday life and yet somehow the journey, by train and bus, the enforced winding down, the time to think and question, were all a crucial part of it. I was left open and available for whatever presented itself. I thought of what Eliot writes in “Little Gidding” in the Four Quartets:

We shall not cease from exploration
And the end of all our exploring
Will be to arrive where we started
And know the place for the first time.

And the Socratic line came back to me, “The unexamined life is not worth living”.